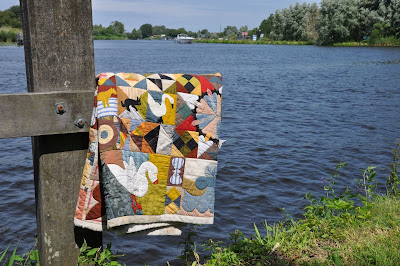 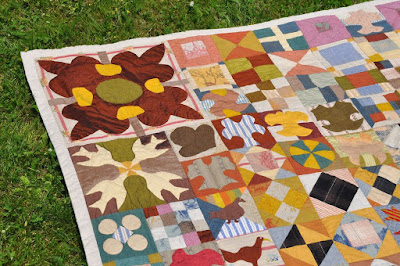 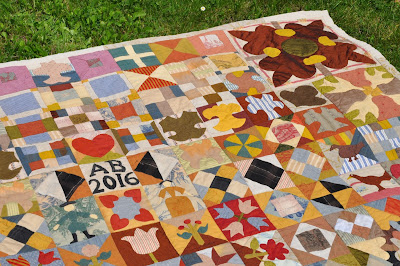 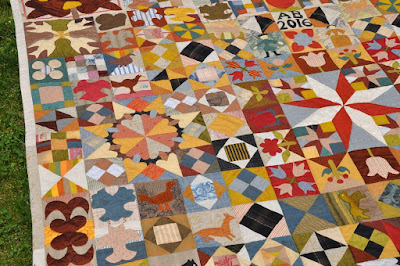 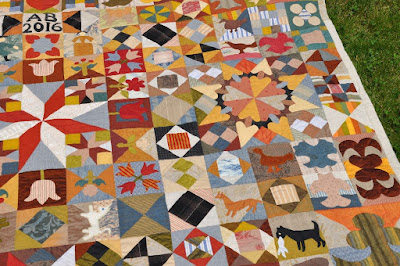 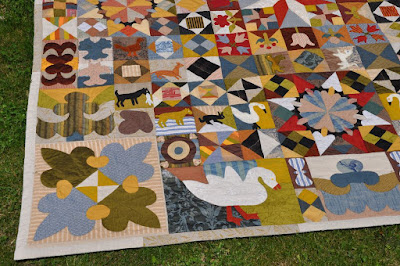 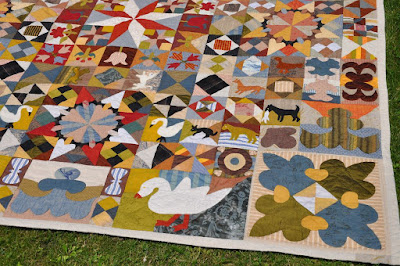 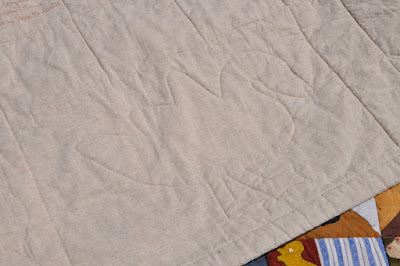 The quilting is very simple and done with my Pfaff sewing machine with invisafil thread by Wonderfil around the little blocks and the big applique shapes. 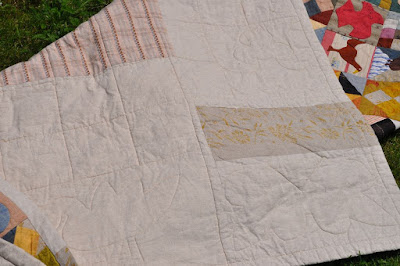 The backing fabric is a Japanese woven fabric and a linen/ cotton mix fabric. 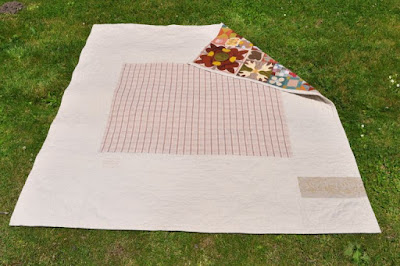 I just wrote the information on the back with a permanent marker, I know... I didn't take the time  to make a nice label, but this does the job as well. 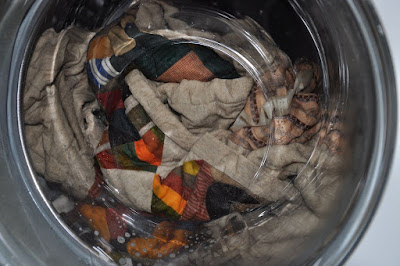 I washed the quilt and dried it flat on a bed, followed by a short 15 minutes program in the dryer. 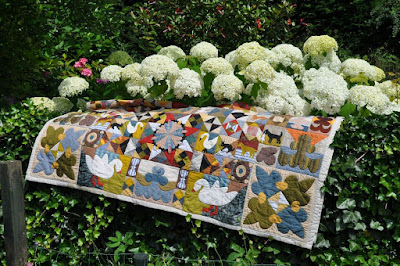 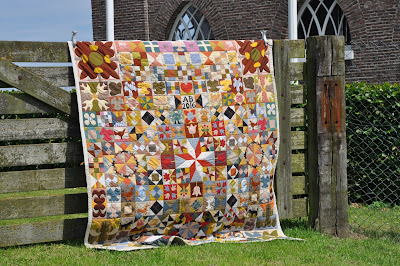 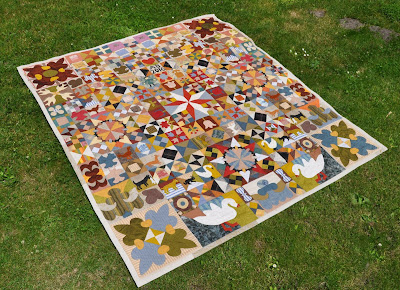 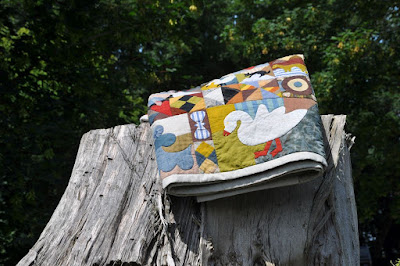 The quilt is made by me using the pattern from the book by Susan Briscoe:

Not only the pattern is in the book but it is also nice to read about the history from the original 1718 coverlet.
It was really a great joy to work on this quilt!!!!
Have a nice Sunday!

It is stunning! Congratulations!!!!

Congratulations - wonderful quilt! The fabrics you have used are perfect - it glows with colour!

Your version of the quilt is excellent! Good colors and fabric choices.

Oh, it's SO BEAUTIFUL!!! Congratulations on a fabulous finish. I like everything about this quilt, including the simple quilting. Really, really wonderful!

Congratulations on your beautiful finish. I love the colors in the sun - extra pretty outside. Thanks for sharing!

Search in this blog

Annemieke
Welcome to my blog. Here I'd like to share my progress in the quilts and projects I sew. I'm interested in many styles and new techniques. Besides the sewing you'll find pictures of other creativeness, my dachshunds, nature and places of Interest.